A mixed market with the major indexes across the globe as concerns on the pandemic recovery continue to linger ahead of the Fed meeting next week. European markets started the week on a positive note while Asian markets see a fresh round of regulatory crackdowns. Oil prices rose boosting energy stocks. Metal prices remain elevated. Reece (ASX:REH) is looking soft for a number of reasons covered in Stock watch.

The Australian sharemarket is set to fall with the SPI futures pointing to a dip of 0.2 per cent.

The Dow eked out a gain after five straight days of losses while the S&P 500 joined the party as gains in energy stocks powered up Wall St. The tech-heavy Nasdaq was left behind, so a mixed market, ahead of the CPI figures tomorrow.
Investors are bracing themselves for a raft of economic data this week as they await for the Federal Reserve to meet next week.

Apple shares picked up at 0.4 per cent after closing lower on Friday after the ruling in the antitrust case with Epic games. The federal judge said that app developers do have the right to send users to other platforms to make payments, therefore avoiding the commission that Apple would make from the transaction. Meanwhile, Epic is appealing the decision alleging that Apple has been running a monopoly that stifles competition. The judge had ruled that they failed to make the case in mobile gaming saying “success is not illegal”. Investors have shifted their focus to tomorrow’s launch where the tech titan is set to unveil their new product range.

The yield on the 10-year treasury note fractionally fell at 1.33 per cent while gold prices rose.

Across the sectors on the S&P 500, cyclicals led with only three sectors closing in the red. Energy stocks powered up at 3 per cent as oil prices rose, the clear winner while financials added 1.1 per cent followed by real estate. Healthcare performed lower by 0.6 per cent while utilities shed 0.2 per cent. Materials just didn’t manage to keep their gains, fractionally lower at 0.02 per cent.

Across the Atlantic, European markets closed higher after the ECB said that inflation is short term amid rising oil prices giving the energy sector a boost.

Paris added 0.2 per cent, Frankfurt and London's FTSE both rose 0.6 per cent.

Shell and BP surged over 2.3 per cent while heavyweight miners BHP and Rio Tinto added 0.4 per cent.

The world’s largest e-payment platform, Ant Group owned by Alibaba, has been reorganising its businesses to comply with the Chinese central bank’s instructions in April. This includes severing its Alipay payments service from other services that offer consumer loans, according to the South China Morning News.

Yesterday, the Australian sharemarket closed 0.3 per cent higher at 7,425 after staging a recovery in the tail end of the session. The pop 30 minutes before the closing bell pushed the local bourse higher for the second day.

The gains were nearly across the board with the unlucky three sectors in the red. We have been seeing this pattern as of late.

The best-performing stock in the ASX 200 was Pilbara Minerals (ASX:PLS), surging 7.3 per cent at $2.20 followed by shares in Silver Lake Resources (ASX:SLR) and Lynas Rare Earths (ASX:LYC).

The worst-performing stock was Omni Bridgeway (ASX:OBL) tumbled 4.5 per cent at $3.60 as investors mulled on the overturned outcome last week. This was followed by shares in Unibail-Rodamco-Westfield (ASX:URW) and Redbubble (ASX:RBL).

In company news, Sydney Airport (ASX:SYD) jumped 4.6 per cent after receiving a sweetened $8.75 per share takeover bid from Sydney Aviation Alliance. The consortium’s third attempt followed a rebuff on the earlier offer of $8.45 per share, and the initial offer of $8.25.

Qantas (ASX:QAN) lost 0.2 per cent after the ACCC turned down the proposed alliance between Qantas and Japan Airlines. The two flight companies were looking to coordinate flights between Australia and Japan. The competition watchdog deemed the alliance would reduce competition, given that they were accounting for 85 per cent of flights between these destinations before the pandemic hit.

It’s a big day today on this front with quite a bit of data coming out at 11.30am AEST today.

We will see the NAB business survey results for August, then the Australian Bureau of Statistics dropping their residential property indexes for the June quarter along with overseas arrivals and departures for July.

Then at 1pm, the Reserve Bank Governor, Philip Lowe is slated to deliver an online speech with investors keeping note of his tone around the current economic landscape, given the climbing number in Covid-19 cases.

Our weekly stock to watch this week is Reece (ASX:REH). David Thang, Senior Private Wealth Adviser at Sequoia (ASX:SEQ) rates Reece (ASX:REH) as a sell. From a technical angle, Reece is looking soft for a number of reasons.

At the end of August, a bearish engulfing candle formed.

This is suggestive of a pause in the almost vertical ascent in share price since March 2020 or the Covid-low print of $7.70. Should sellers remain in control over the near term, then support is initially expected at the 38.2 per cent Fibonacci retracement of $18.98.

A decisive break below this level would likely result in a deeper decline towards the 50 per cent Fibonacci retracement of $16.83 over the medium-term.

With reference to the Williams %R momentum oscillator on the lower pane as shown by the purple line. This indicator has moved lower from overbought territory, which signals a weakening of upward momentum.

From a broader perspective, the long-term uptrend remains intact. However, investors should be cautious of further weakness in share price if the bears gain the upper hand. 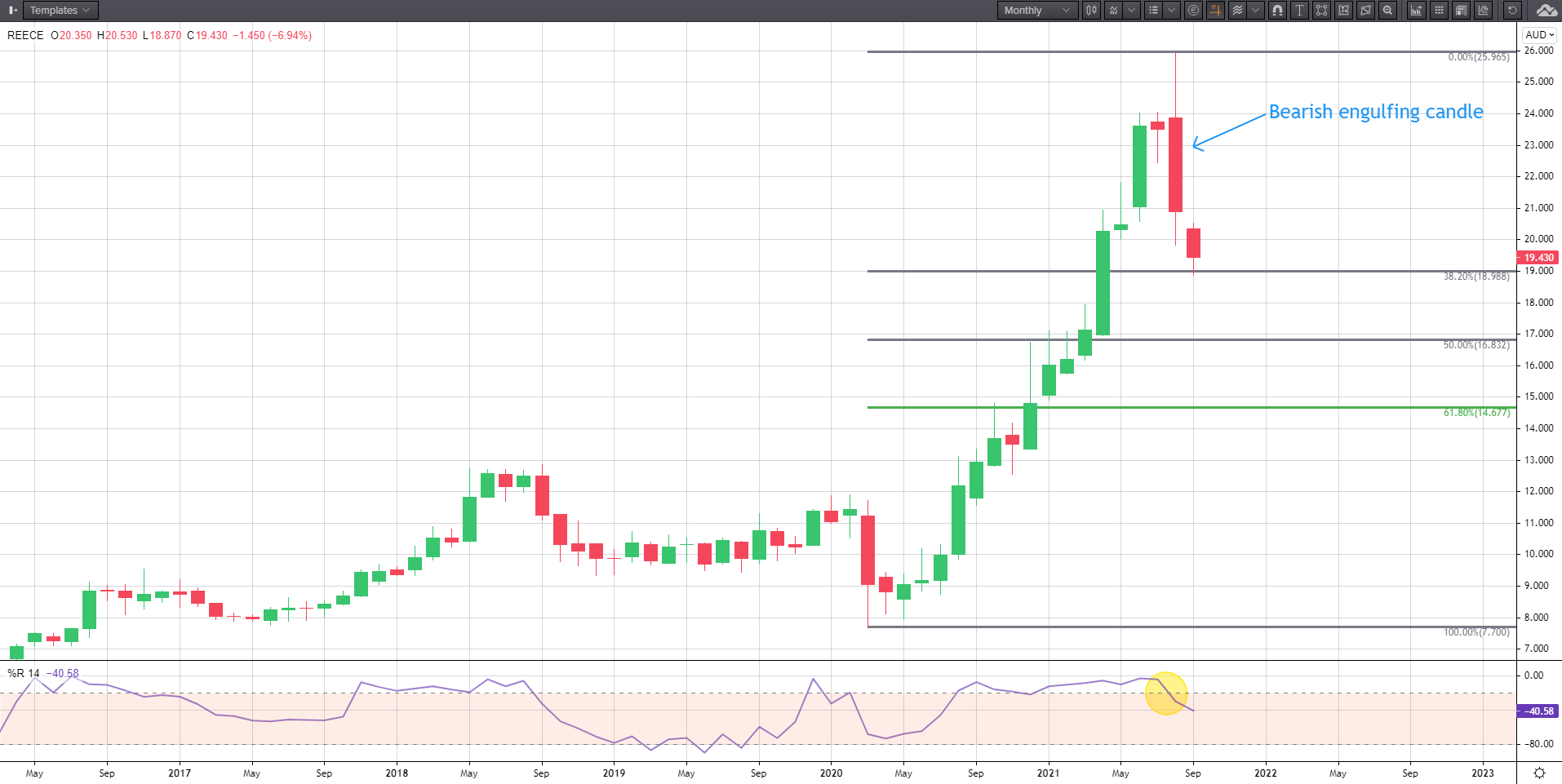 Oil rose to a six-week high at $0.73 or 1.1 per cent to US$70.45 a barrel on slow output in America after Hurricane Ida and after OPEC+ forecast a stronger demand next year. They expect output to surpass pre-pandemic levels.

The views, opinions or recommendations of the commentators in this presentation are solely those of the author and do not in any way reflect the views, opinions, recommendations, of Sequoia Financial Group Limited ABN 90 091 744 884 and its related bodies corporate (“SEQ”). SEQ makes no representation or warranty with respect to the accuracy, completeness or currency of the content. Commentators may hold positions in stocks mentioned. The content is for educational purposes only and does not constitute financial advice. Independent advice should be obtained from an Australian Financial Services Licensee before making investment decisions. To the extent permitted by law, SEQ excludes all liability for any loss or damage arising in any way including by way of negligence.
Copyright 2021 – Finance News Network 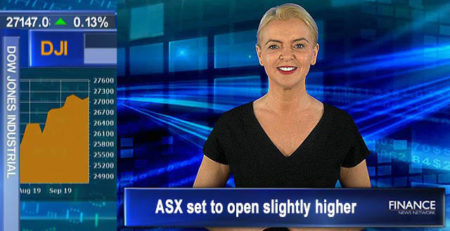 19 Sep 2019 - Following weak leads from US markets, the ASX looks set to open slightly higher this morning. The Federal Reserve cut interest rates by a quarter of a percentage point for the second time this year. Traders were left disappointed after the Fed failed to signal it will cut rates again this year. President Donald Trump says the Fed and its chairman, Jerome Powell, have “no ‘guts,’ no sense, no vision!” ELMO Software (ASX:ELO) is to... 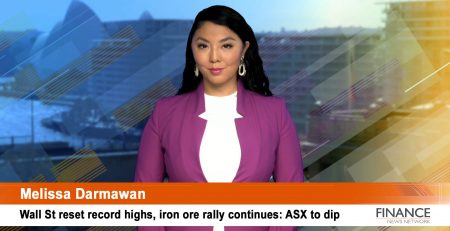 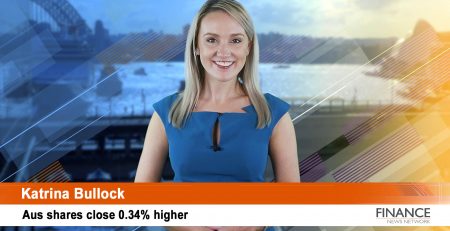 27 Jul 2020 - It has been a positive day of trade for the Australian share market. After opening behind the eight ball, the market rebounded in early trade and ended the day 0.3 per cent higher. Gold surged past the $US1,900 an ounce threshold today for the first time since 2011. Analysts warn that a second wave of COVID-19 lockdowns in Melbourne could spark another round of capital raisings as companies look to strengthen their balance sheet during... 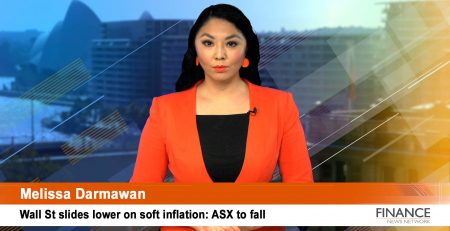 15 Sep 2021 - Global indexes closed mixed despite soft U.S. inflation data ahead of the Fed's meeting next week. Climbing cases of Covid-19 in the U.S. & China weighed on consumer sentiment. RBA’s tune underpinned the afternoon surge on the ASX. Macquarie gave Zip Co's (ASX:Z1P) price target a cut and their reason why. 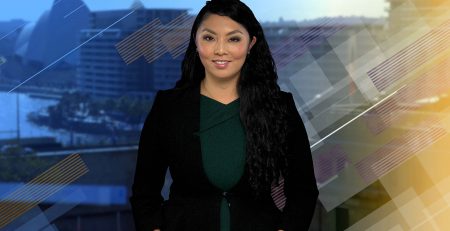 US markets rise to record highs for 2020: ASX to open lower

04 Jan 2021 - The ASX looks set to open lower this morning despite the US markets rising to record highs for 2020. 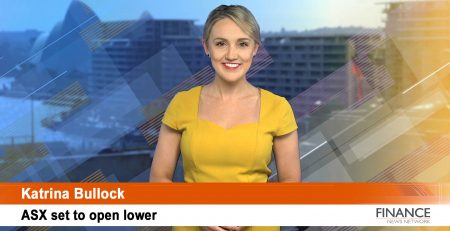 02 Jan 2019 - The SPI indicates that the Australian share market is poised to retreat at the open with hopes that a bullish last-minute rally on Wall Street on New Year’s Eve could help offset negative sentiment. The Shanghai Composite closed off its best year since 2014 despite the US trade dispute. Strong performances from tech majors like Apple, Microsoft and Facebook boosted the Nasdaq to close out 2019 with a 38% gain. On the commodities front, Gold... 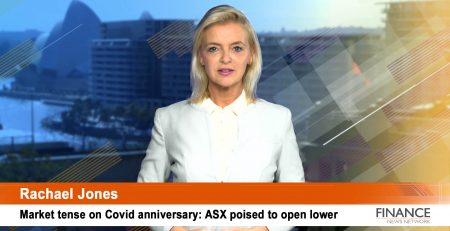 23 Mar 2021 - Following mixed leads from US markets, the ASX looks set to open lower. Today marks the one year anniversary since the pandemic share crash in the US. The S&P 500 fell 2.9%. Pushpay Holdings (ASX:PPH) welcomes a new cornerstone investor. 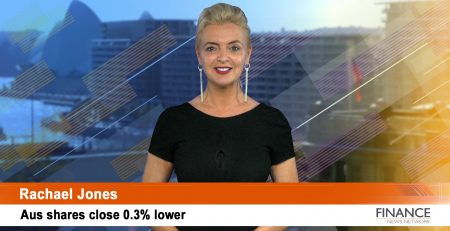 30 Jan 2020 - It has been a mostly negative day of trade for the ASX closing 0.3% lower. Webjet (ASX:WEB) shares continue to slide after they issued a statement yesterday to "clarify inaccuracies" from an analyst report as to how Webjet acquires traffic and the impact of Google Flights on that traffic acquisition. Saracen Mineral Holdings (ASX:SAR) has sold its 10.5% interest in Red 5 (ASX:RED) for approximately $39 million. 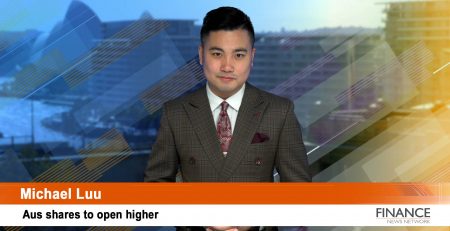 14 May 2021 - The ASX200 is tipped to open higher, on the back of rebounds by the Wall street benchmarks. Many US stocks were in the buy zone, as investors saw the previous steep declines as an opportunity to pick up shares.