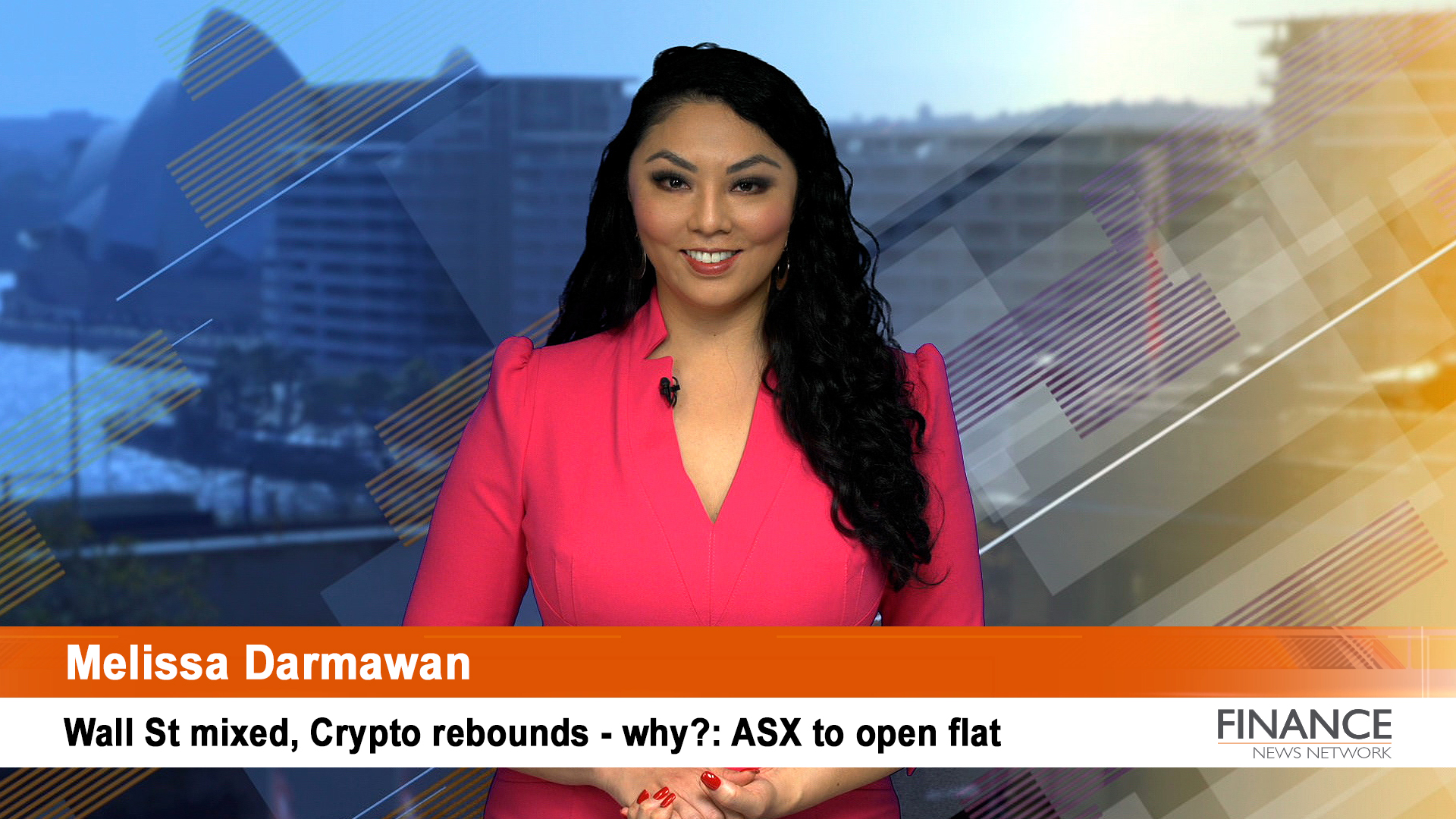 Good morning. I’m Melissa Darmawan for Finance News. We have a lot to cover today, including what happened in crypto-land. This is your market outlook.

The Australian sharemarket could be on track for its fourth week of losses, following the volatility on Wall St.

Wall St closed mixed as panic-selling ensued with the Nasdaq eking out a gain. Investors can’t seem to shake off recession fears amid the concerns of the Ukraine war and the extended lockdowns in China as they search for the bottom of the market.

To put this in context, the major indexes are at their lowest levels of the year. The Dow is nearly down 15 per cent from its recent high on 5 January, in one of the few sessions of the year where we saw money come into the market, while the S&P is down more than 19 per cent from 4 January.

If you recall, the turning point was the hawkish central bank minutes at the end of last year where the bond market reacted. Now equities have capitulated, the Nasdaq has dived more than 30 per cent from its high back in late November. A bear market is a drop of 20 per cent from its recent high, so it’s technically a bear market for the Nasdaq. This graph illustrates it well.

Today, across the S&P 500 sectors it was a mixed closed, this is an improvement. There are six winners to five losers with a defensive feel. Healthcare was the best performer, up 0.9 per cent, consumer discretionary added 0.8 per cent, followed by real estate. Utilities and information tech lost up to 1.5 per cent each and weakness in financials as the treasury yields edged lower.

Investors searched for safety, treasury prices were higher as the yield on the 10-year note dipped 6 basis points to 2.85 per cent, gold slid on a stronger greenback.

Investors now had two days of inflation data to digest, painting a picture for the consumer prices as well as the producer side, casting doubt that the US Federal Reserve will need to aggressively raise rates to crimp this.

Fed Chair Jerome Powell said that the central bank has in their pocket hikes of 50 basis points for now. We saw a rally but that was short lived as investors realised that inflation is still not under control. After they digested that 75 basis points is off the table, there were renewed concerns as to how inflation will be tamed given the state of inflation.

The US already had one quarter of GDP contraction, another one then means a technical recession, and questions are starting to boil up if inflation will even cool before 2023.

Today, investors learned the producer price index, which measures how much manufacturers pay for their goods, rose 11 per cent from the same time a year ago in April, above market expectations of a 10.7 per cent gain compared to 11.5 per cent in March, according to the US Bureau of Labor Statistics.

This comes after April’s consumer price index eased back to 8.3 per cent from 8.5 per cent with talks among economists that we may have hit a peak.

These numbers still show that inflation is hot and if the costs of living is higher, investors will look to find ways to pay their way to fund their lifestyle. It could be from taking money out of the stock market aside from changing the way they spend, price elasticity.

Also, as we have chatted about what it means for investors who put money in the market during the pandemic – they have lost all their gains.

If you remember what it was like to lose out on your first trade, it’s quite unsettling. Not only that, if you’re looking to move into retirement or draw an income from your pension account, watching your portfolio swing as much as it does, knowing that you’ve decided not to go back to the workforce is also unsettling.

Remember the chart of the bulls and bears? Time horizon plays a role, dollar cost averaging etc, investment fundamentals is key to weather this storm.

Another caveat to all of this is the volume of trades, and usually in America, it’s lighter during the Summer.

Sell-in-May then go away is the motto for the month. This means that when trading resumes to full volumes, we could see the bottom of the market, so yes we could see more selling.

With volumes lighter than usual, the trend I’ve seen over the last few weeks is that the market will run out of steam by Thursday or Friday. It’s like investors move to risk off mode to prepare for any news that could come up over the weekend. If you look at it, most news, other than the corporate earnings, hasn't been anything positive. It’s just reinforcing what we know and then some.

One piece of uncertainty that has been taken out of the market is that the Fed Chair Jerome Powell has been re-elected to a second term. At least one piece of certainty is put back in with market participants. The news is poised to help the central bank and their credibility over the long term.

Yesterday, all eyes were on the crypto world. Today, these coins rebounded as dip buyers emerged.

Let me start with the context. In a nutshell, the TerraUSD stablecoin, a celebrated experiment that combined maths and software to get a digital currency to behave like a dollar, dramatically crashed. Terra’s collapse then sparked a huge sell-off of many other popular tokens.

Decentralised finance’s favourite, Avalanche plunged about 34 per cent, Solana dropped 30 per cent and Bitcoin lost as much as 11 per cent. Meanwhile, backers of TerraUSD are struggling to win investor support to get rescued. For crypto billionaires, it's the latest pain that’s seen huge fortunes being wiped out.

We have two types of stable coins out there. Tether, a true stablecoin backed by assets, saw its 1 dollar peg to the dollar broken, that means that each one is supposed to be worth 1 for 1, you sell the asset, you get one dollar. When this 1:1 broke, contagion spilled over from the TerraUSD, another stable coin which is based on algorithms cratering.

What has happened has questioned the confidence of crypto. A lot of crypto's credibility over the last couple of years was founded on the idea that this was the future. Everything was going to go up in the crypto universe, talks were around the increased levels of innovation to help underpin a new architecture for something different. This accompanied some of the talk about how the greenback, the dollar might no longer be the reserve currency, or even the days of fiat currencies were coming to an end.

Despite the tumble, the appetite among institutions is still there. I interviewed a digital payments company here on the ASX, Novatti (ASX:NOV) about using stablecoin and blockchain technology.

Interestingly, there is still an appetite out there for this technology from the institution side, and it wouldn’t be surprising if the rebound was due to the attractiveness of the price as market participants continue to hope for the success of the technology.

Across the Atlantic, European markets closed lower. Paris lost over 1 per cent, Frankfurt fell 0.6 per cent while London’s FTSE dropped 1.6 per cent.

Yesterday, the Australian sharemarket hit a three month low, down 1.8 per cent or 123.7 points at 6,941, continuing its pullback that started in mid April. All 11 sectors finished lower for the tenth time this year led by information tech.

Taking all of this into the equation, the SPI futures are pointing to a 0.1 per cent fall, near three month lows.

In economic news, the Housing Industry Association is set to release new home data sales for April. Elsewhere, Michele Bullock, the RBA deputy governor is scheduled to be part of a panel discussion at the Regulators 2022 conference at midday AEST.

Keep an eye out for the banks. Westpac (ASX:WBC) amid takeover talks in progress on its flagship platform BT Panorama, according to the Australian.

There is one company set to trade without the right to its dividend.

There are seven companies set to pay eligible shareholders today 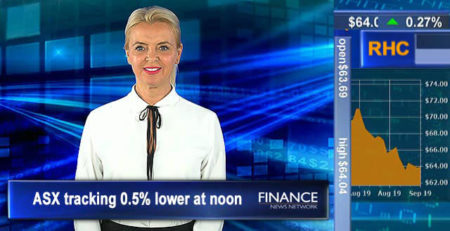 10 Sep 2019 - The ASX fell at the open is now tracking 0.5% lower at noon. Syrah Resources (ASX:SYR) have seen a drop in their shares after reporting they will significantly reduce graphite production volumes after a drop in prices in China. Galaxy Resources (ASX:GXY) shares are rising as are shares in Whitehaven Coal (ASX:WHC). Ramsay Health Care (ASX:RHC) has appointed James McMurdo as a non-executive director. 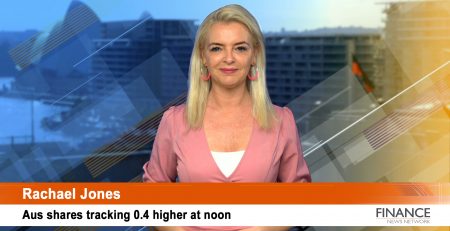 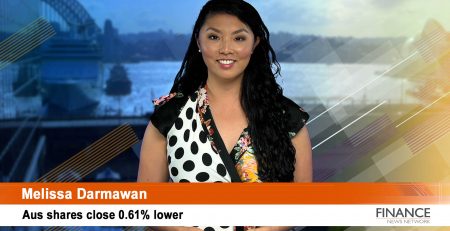 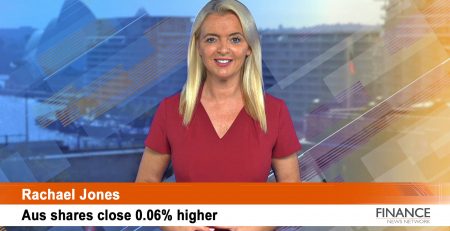 18 Dec 2019 - It was a flat lunchtime for the ASX but it managed to gain momentum and closed 0.1% higher. Cimic (ASX:CIM) shares have dropped despite their CPB contractors winning the $423m contract for Perth’s Metronet yesterday. Energy infrastructure business, APA Group (ASX:APA) has entered into a new gas transportation agreement on the East Coast Grid with AGL Energy (ASX:AGL). 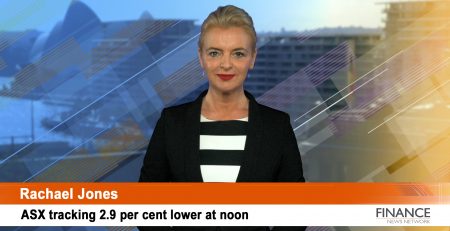 Job vacancies down in the year to Feb, before COVID-19: ASX tracking 2.9% lower at noon

02 Apr 2020 - The ASX dropped at the open and is now tracking 2.9% lower at noon. Webjet (ASX:WEB) shares are on the rise – they successfully completed their $115 million institutional placement today. Shares in IDP Education (ASX:IEL) also rose. Shares in Harvey Norman Holdings (ASX:HVN) declined. All the sectors are in the red with Financials losing 5.2 per cent. Atlas Arteria (ASX:ALX) is pleased to announce that APRR has successfully priced €500 million of bonds under... 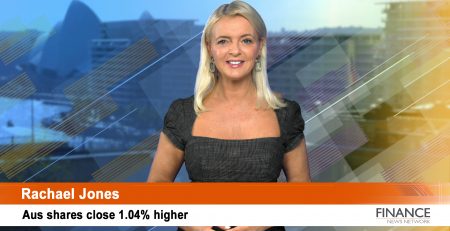 16 Sep 2020 - It has been a positive day of trade for the ASX after a small dip around lunchtime the local bourse managed to closed 1% higher. Shares in Seek (ASX:SEK) closed over 9% today after confirming that its Chinese jobs platform Zhaopin was in investment talks with a number of parties. A British court has ruled against QBE (ASX:QBE) in a dispute over customers' efforts to recoup losses from the coronavirus. 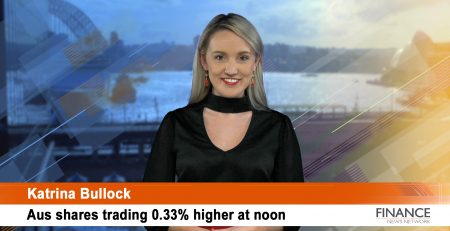 14 Nov 2019 - The Australian share market opened lower following positive leads from the US. It has had a seesaw start to the session and is tracking 0.3 per cent higher at noon. Most of the sectors are in the green. SG Fleet Group (ASX:SGF) has purchased a stake in Collaborate Corporation (ASX:CL8). 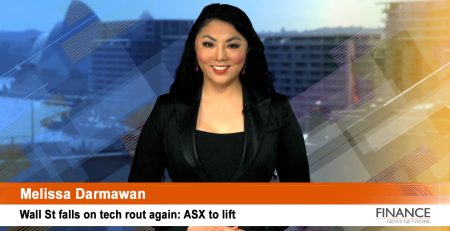 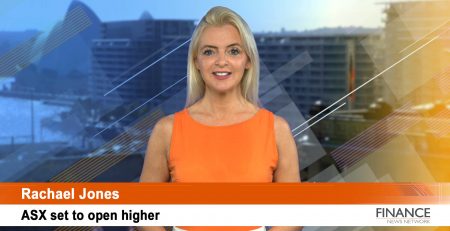 20 Feb 2020 - The ASX is set to open higher this morning. China’s moves to boost the economy bolstered Wall Street and Europe. Markets were buoyed by the prospect of further stimulus from the People's Bank of China. Lendlease (ASX:LLC) profit after tax in the six months to December 31 was $313 million.