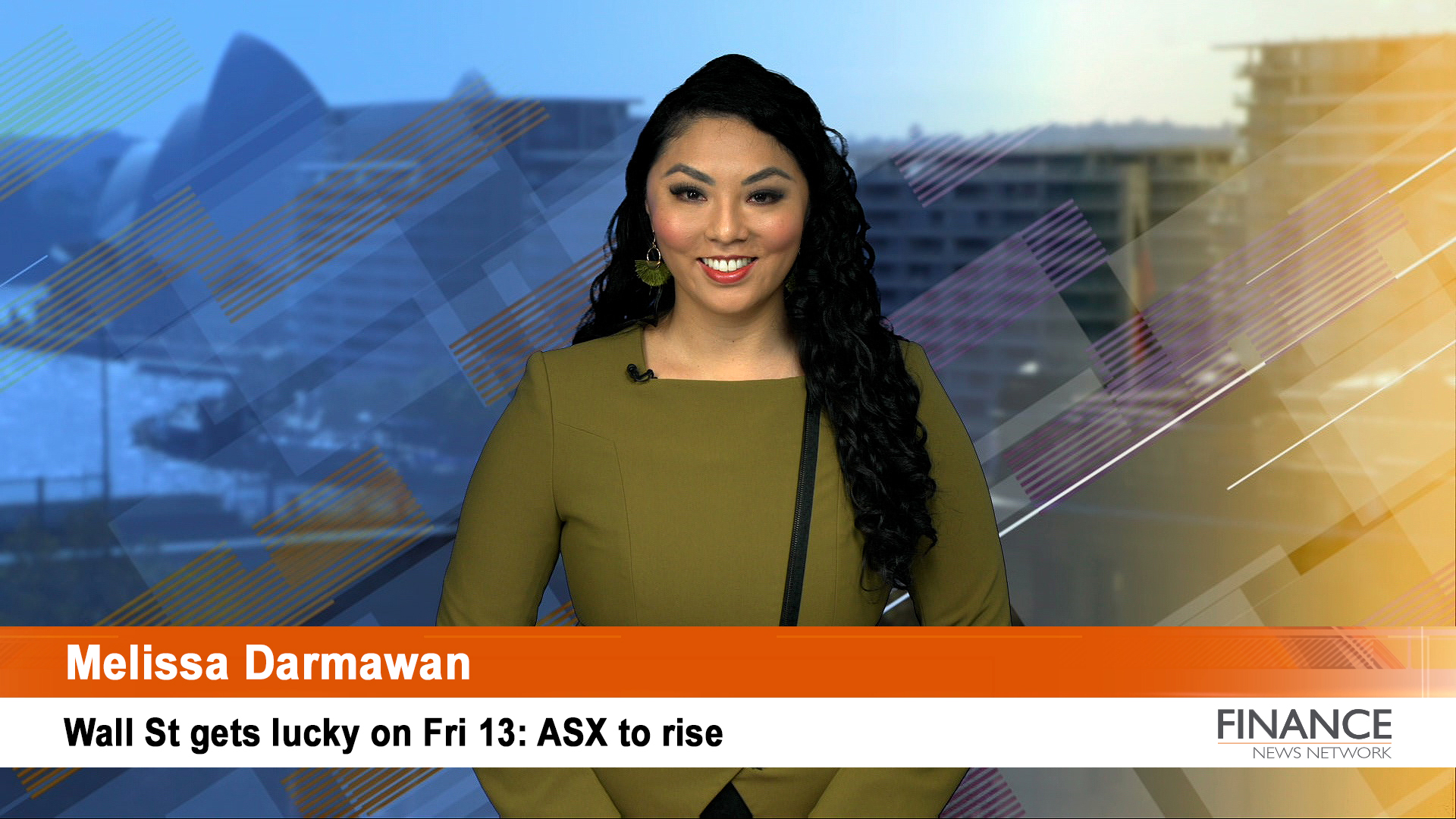 Oversold conditions attracted dip buyers and investors searching for beaten down stocks after 5 brutal days, following the Fed's decision the prior week. Deep dive of the YTD performance of the ASX and why amid a rising treasury yield environment. What to keep an eye out for the week.

Our next investor event is on next Tuesday 24 May, at 12.30 AEST with Shaw & Partner’s market strategist Martin Crabb, and six CEOs presenting. Make your way to fnn.com.au to register for your free online spot.

Good morning. I’m Melissa Darmawan for Finance News. This is your market outlook.

The Australian sharemarket is set to extend its gains after an optimistic finish on Wall St.

Dip buyers emerged as investors snapped up beaten down stocks on Friday 13th. On a traditionally unlucky day, Wall St instead saw a relief-rally, following five brutal trading sessions after the Fed's decision the prior week.

Even with Friday’s gains, all three major indexes closed lower. The S&P 500 dropped 2.4 per cent, the Nasdaq Composite fell 2.8 per cent, their sixth consecutive weekly declines. The Dow closed 2.1 per cent lower for its seventh straight week.

Across the S&P 500 sectors, the rally was across the board. Consumer discretionary jumped 4.1 per cent as the best performer, information tech and energy both added 3.4 per cent amid oil up over 4 per cent. Defensive sectors like healthcare and utilities added the least by 1.1 per cent each.

The yield on the 10-year treasury rose 11 basis points to 2.93 per cent, as prices fell. Weakness was seen in both gold and the greenback as money rotated out of defensive assets back into equities.

Sellers took-off early for the weekend, leaving buyers to pile into stocks, bucking the trend where the market usually loses steam by the end of the week. This is a time where investors would sell in May and go away, then re-enter the market later in the year.

However, what prompted the relief-rally in the oversold conditions was comfort from a bunch of Fed officials, pushing back against a 75 basis point hike at the next two meetings.

It meant that investors didn’t need to readjust their portfolios. Why? They have already priced in a 50 basis point hike for the next few months, however if there was any hint of a 75 basis point hike, we would have seen some action.

It comes after investors learned of hot and sticky inflation with hopes that it has peaked, and the crypto crash amid the war in Ukraine and extended Covid-19 lockdowns in China amid policy support. It was a chaotic week.

In precious metals, gold is dwindling away from the US$2,000 mark, weighed down by the rising dollar and rising bond yields.

What has influenced this?

As investors price in rising interest rates, we have seen the bond market respond with treasury yields moving higher as bond prices fall.

The sectors that make up the ASX are different to Wall St in that materials and financials have the biggest market cap. Also, our tech sector is smaller too which means that the sell-off in that sector does not have the same weight as in the US.

In a rising interest rate environment, energy stocks are traditionally seen as an inflation hedge amid the rise in energy prices. Also, the war in Ukraine has seen this sector outperform. As utility stocks such as AGL Energy (ASX:AGL), Origin Energy (ASX:ORG) have exposure to energy prices, they have climbed the winner’s ladder too amid the rising yield environment.

It will be interesting to see how these sectors perform as financial conditions tighten, given we’ve had our first rate hike this month of 25 basis points, from 0.1 per cent to 0.35 per cent.

What’s ahead this week

Keep this in mind as the May RBA meeting minutes are due tomorrow. Market participants will comb through the statement to find any colour around a potential 40 basis point hike in lieu of 25 ahead of the April jobs data on Thursday. Since we have raised our interest rates, the importance of the March quarter wage price index on Wednesday won’t have the same weight since the central bank surprised us with the size and timing of its rate hike before the federal election.

On the London Stock Exchange, Rio gained 2.3 per cent, BP jumped 3.6 per cent and Shell added 2.8 per cent.

On Friday, the Australian sharemarket closed 1.9 per cent higher at 7,075.

Taking all of this into the equation, the SPI futures are pointing to a 0.8 per cent gain.

Resources stocks could take the limelight amid its underlying commodity prices set to spike. Keep an eye out for BHP (ASX:BHP), Woodside Petroleum (ASX:WPL), and Santos (ASX:STO).

In earnings, Goodman Group (ASX:GMG) third quarter results are due while Perseus Mining (ASX:PRU) has its extraordinary general meeting.

In broker moves, JP Morgan initiated coverage of Endeavour Group (ASX:EDV) to overweight with a price target of $8.60.

Jarden has upgraded Corporate Travel Management (ASX:CTM) to a buy from overweight to $20.58, citing recent fall in share price.

Keep an eye out for Perpetual (ASX:PPT) on speculation of a potential buyout of Australian Equity Trustee business, according to The Australian.

Brambles (ASX:BXB) confirms media reports that around its preliminary dealings with CVC in regard to an unsolicited proposal.

Macquarie Group (ASX:MQG) is trading without the right to its dividend today, set to be a weight on the financials sector.

There is one company set to make its debut on the ASX today. Keep an eye out for Southern Cross Gold (ASX:SXG) after raising $10 million at 20 cents per share.

There are ten companies set to trade without the right to its dividend.

There is one company set to pay eligible shareholders today. 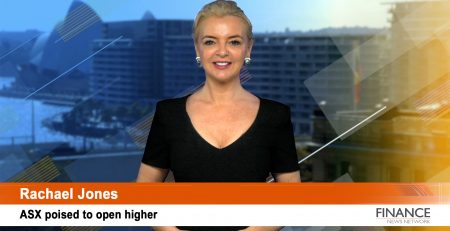 19 Nov 2020 - The ASX looks set to fall at the open this morning. The Dow saw a second day of losses. South Australia’s six-day restrictions have now come into force after a new and highly-infectious strain of coronavirus was brought in from the UK. All schools and construction sites have been closed and people must wear masks outside. Oil Search (ASX:OSH) has increased resources within their Alaskan portfolio.

25 Nov 2020 -The ASX looks set to open higher this morning as the Dow rallied yesterday hitting a record high at 30,000 points. Oil has surged to an eight-month high overnight. Tesla shares closed up after the company surpassed a $500 billion market cap yesterday. Fisher & Paykel Healthcare Corporation Limited (ASX:FPH) today announced its results for the first half of the 2021 financial year, reporting net profit after tax was up 86%. 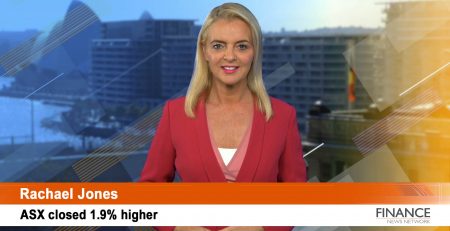 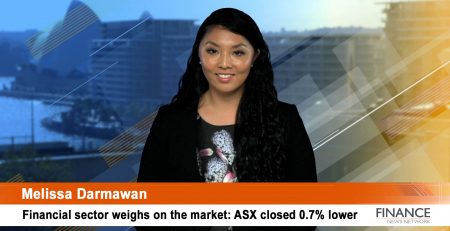 26 Nov 2020 - The ASX opened lower this morning and failure to gain moment closing 0.7% lower. Technology One Limited (ASX:TNE) was the best performing stock. Meanwhile, shares in Virgin Money UK (ASX:VUK) have dropped over 11 per cent after the withdrawal of financial targets planned for 2022. 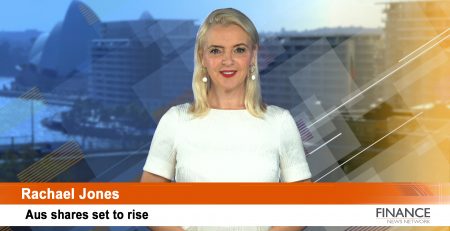 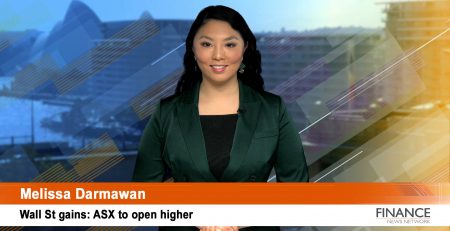 Wall St gains, Inflation rises as producer price heats up while jobless claims fall, Why CBA is a sell: ASX to open higher

13 Aug 2021 - A mixed closed across the globe as inflation, economic and company earnings take the spotlight as investors weigh on Covid-19 concerns versus the economic recovery. Coverage on the jobless claims report with the July jobs and job openings report along with the producer price index figures after the consumer price data yesterday. Why Commonwealth Bank (ASX:CBA) is a sell. No major economic news today. 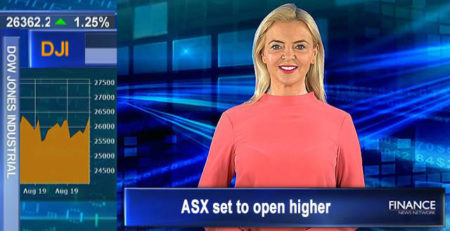 30 Aug 2019 - Optimism resumed on the markets as President Donald Trump announced that the US and China are scheduled to have a conversation about trade today. The Dow surged more that 300 points. The ASX looks set to open higher this morning. Lithium miner Galaxy Resources (ASX:GXY) reported a huge half-year loss due to its flagship Mt Cattlin project. 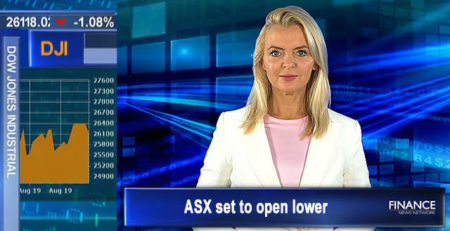 04 Sep 2019 - Following negative leads from US markets, the ASX looks set to open lower this morning after US stocks fell as an American manufacturing report signaled contraction for the first time in three years. On the commodities front, oil lost as safe haven gold jumped $27. Following months of uncertainty Oil Search (ASX:OSH) says the Papua New Guinea Government to say it has now cleared the Papua LNG deal with French oil major Total. 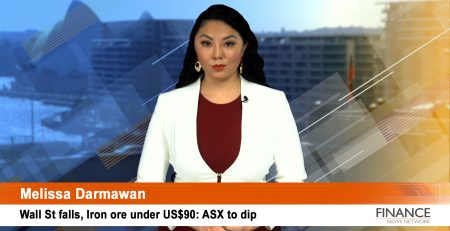 27 Aug 2020 - The Australian share market rose at the open closing 0.2 per cent up at the end of trade. ANZ (ASX:ANZ) announced Paul O’Sullivan will succeed David Gonski as the Group’s Chairman. Starpharma (ASX:SPL) has reported their revenue is up 142 per cent to $6.56 million.