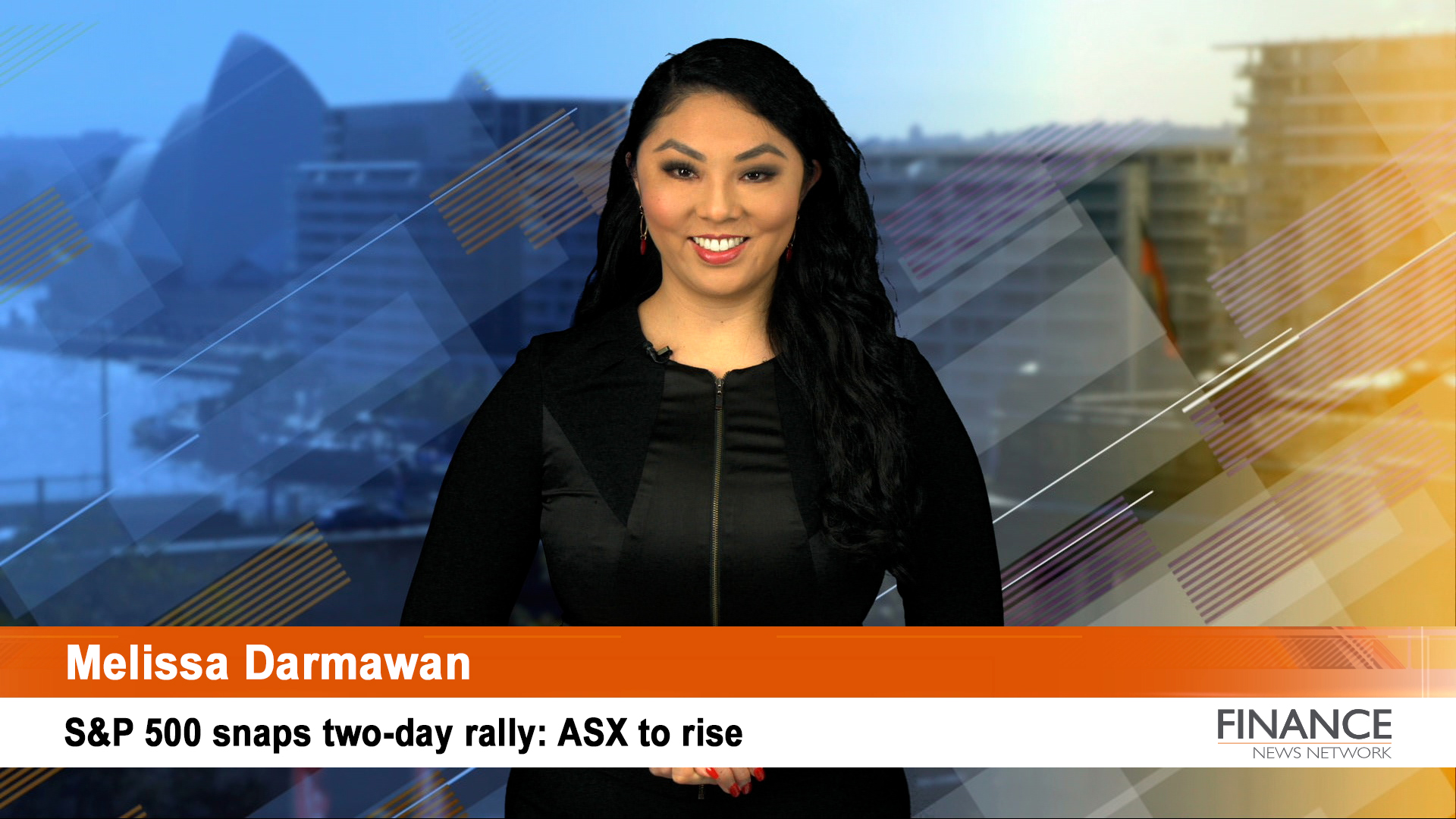 Global markets were almost in a sea of red as commodity prices weighed on the major indexes. What to look out for on the ASX today.

US stocks closed with fractional losses after Federal Reserve Chair Jerome Powell reaffirmed his pledge to suppress inflation and also acknowledged the risk of an economic slowdown – a recession. Testifying in the Senate, investors didn’t hear any explicit colour on the future size of interest rate hikes, however, he tacitly admitted that the central bank had failed to get its job done, saying that a soft landing would be difficult to navigate.

Stocks lacked conviction during the session, moving through gains and losses. Investors bought back in when Powell said that the Fed would review incoming economic data. Stocks then turned lower when he said that the Fed will focus on getting inflation down to its target.

Oil prices fell 3 per cent which put downward pressure on energy stocks. They were the worst performer on the S&P 500, down 4.2 per cent, followed by materials by 1.3 per cent. Industrials and information technology lost up to 0.5 per cent each. The four winners were real estate, up 1.6 per cent then healthcare, added 1.4 per cent followed by utilities and communication services.

Let’s go straight to what this means for Aussie markets today.

Yesterday, the Australian sharemarket lost 0.2 per cent to 6,509.

Taking all of this into the equation, the SPI futures are pointing to 0.4 per cent gain.

What to look out for today on the ASX

In economic news, the Australian Bureau of Statistics is set to release five reports. Out of the five, the March quarter finance and wealth and the June business conditions and sentiments will take a bit of attention. The May labour force detailed estimates are due. This will contain data that wasn’t available in the first release where we received the headline job figures.

The biotech sector rose again on Wall St and Real estate was a winner. These two sectors might be in the spotlight while energy could take a breather today on the ASX if we take this US lead.

We continue to follow the story of coal miners here at Finance News. Last night, executive chairman of Bowen Coking Coal (ASX:BCB) Nick Jorss said he was “extremely disappointed in the way this massive royalty hike has been implemented without any consultation upon an industry”.

The share price tumbled 47 per cent when the Qld government released the news on Tuesday. It clawed back almost half of its losses yesterday, adding 21.4 per cent to 25.5 cents. Keep an eye out for another Queensland coal miner Coronado Global (ASX:CRN) and others like New Hope (ASX:NHC) and Terracom (ASX:TER). To find out more about this, join me here for “Coal miners rebound after QLD unveils new coal royalties”.

BHP and Rio Tinto on Wall St tumbled around 4 per cent each. Iron ore futures are flat. Keep an eye out for the iron ore miners, including Fortescue Metals (ASX:FMG).

According to the AFR, ANZ Bank (ASX:ANZ) has reached out to UBS and Macquarie Capital for advice on its plans to buy accounting software company MYOB. No figures about the deal are available, however, KKR paid $2.4 billion for it in 2019.

There is one company set to make its debut on the ASX today. Keep an eye out for Leo Lithium (ASX:LLL) after raising $100 million at 70 cents per share.

The content is for educational purposes only and does not constitute financial advice. Independent advice should be obtained from an Australian Financial Services Licensee before making investment decisions. To the extent permitted by law, Sequoia Financial Group, the owner of the Finance News Network excludes all liability for any loss or damage arising in any way including by way of negligence. Commentators may hold positions in stocks mentioned. 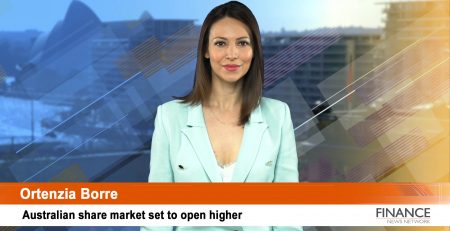 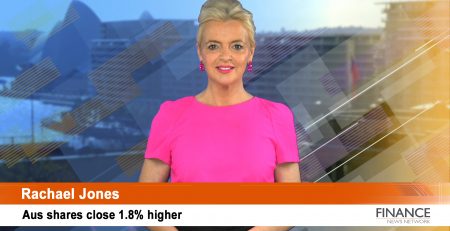 0306 Jun 2020 - It has been a positive day of trade for the ASX after a rise at the open the local bourse managed to gain momentum closing 1.8% higher. Banks blostered the market today following GDP and building approvals data from the ABS earlier today. Ingenia Communities Group (ASX:INA) has increased its Security Purchase Plan (SPP) offer to $28 million, above the original target of $25 million. 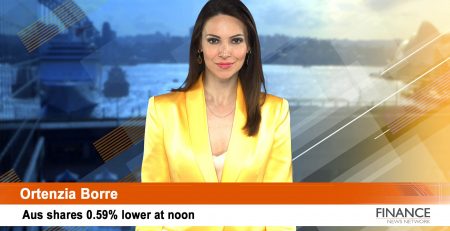 20 Jul 2020 - The Australian share market crawled up at the open before sliding down and is now trading 0.6 per cent lower at noon. Catapult Group (ASX:CAT) has reported it generated net free cash of $9 million in FY20. 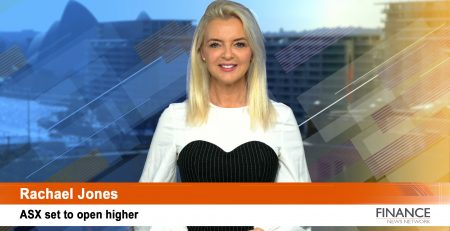 24 Nov 2020 - The ASX looks set to open higher this morning after news of a third potential Covid-19 vaccine. AstraZeneca is the latest major drug-maker to announce its results, meanwhile the US health regulator is expected to approve Pfizer's vaccine for distribution in mid-December. The national lockdown in England will be lifted on December 2nd. And President-elect Joe Biden has reportedly picked Janet Yellen to head the Treasury Department. Fleetwood Corporation Limited (ASX:FWD) has completed their name... 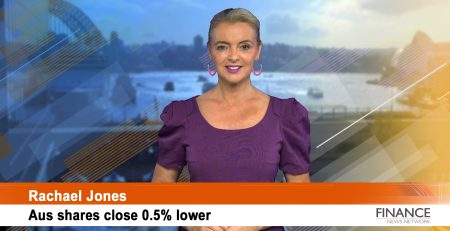 23 Dec 2019 - The ASX fell at the open failing to gain momentum closing 0.5% lower. Bega (ASX:BGA) shares shot up today after the company released an update. Bega Cheese (ASX:BGA) Executive Chairman Barry Irvin has completed his chemotherapy with positive results and plans to head back to work in the new year. 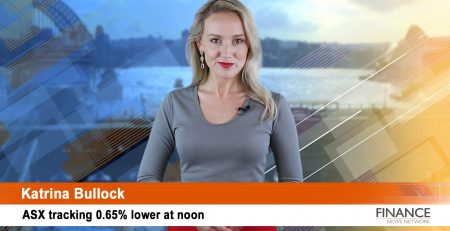 11 Sep 2020 - The Australian share market opened slightly higher but has lost ground during the first half of the session. Rio Tinto (ASX:RIO) executives embroiled in the Juukan Gorge blast scandal have fallen on their sword. Three executives resigned “by mutual agreement” after mounting community pressure and a board-led review of the destruction of Aboriginal sacred sites for a mine expansion. 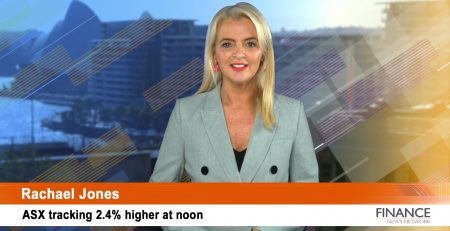 Business conditions rise in May: ASX tracking 2.4% higher at noon

09 Jun 2020 - The ASX shot up at the open and is now tracking almost 2.4 per cent higher at noon. The banks are boosting the market today. The NAB (ASX:NAB), Westpac (ASX:WBC) and ANZ (ASX:ANZ) all rose up over 6%.The aussie dollar continues to rally and the iron ore price is up almost 5%. Oil Search (ASX:OSH) has obtained an interim injunction from the National Court of Papua New Guinea, allowing trading to commence on the PNGX. 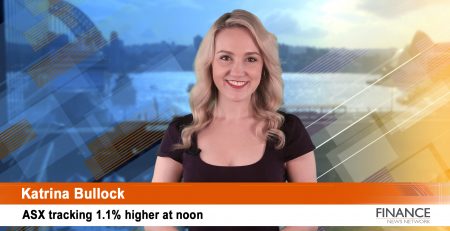 26 Jun 2020 - The Australian share market opened slightly lower defying positive leads from international markets. It has however managed to gain ground early in the session and is tracking 1.1 per cent higher at midday. All of the sectors except Healthcare have advanced this morning. The Australian Competition and Consumer Commission is seeking special leave to appeal to the High Court disputing the decision of the Full Federal Court that Pacific National’s acquisition of the Acacia Ridge... 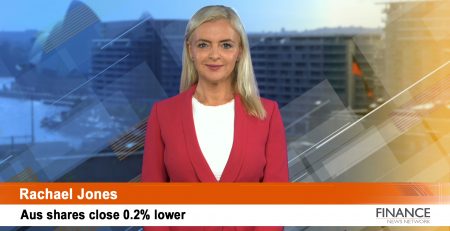 18 Feb 2020 - The ASX closed 0.2% lower today failing to gain momentum after dropping at the open. Shares in the Monadelphous Group (ASX:MND) rose today after they released their results showing a revenue rise. Tech stocks slid with Altium (ASX:ALU) falling the most. The best-performing sector is utilities. The Coles Group (ASX:COL) set aside $20 million for underpaid salaries. 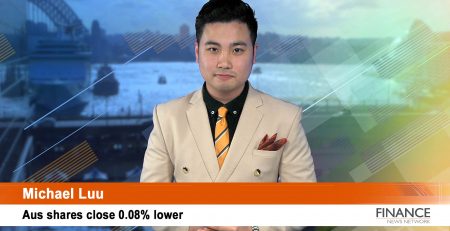 15 Sep 2020 - Aus shares closed 0.1% lower after seesawing throughout the day. The Reserve Bank of Australia released minutes from its September meeting, suggesting that the COVID-19 damage to the economy has not been as severe as previously anticipated and “a recovery was under way in most of Australia”.