The Australian share market opened higher and continued to rise throughout the morning now tracking at 1.2 per cent higher at noon. The market has been bolstered by the Information Technology with the Consumer Discretionary sector trailing behind. Lithium miner Galaxy Resources (ASX:GXY) shares have slipped after reporting a huge half-year loss due to its flagship Mt Cattlin project. Shares in Resolute Mining (ASX:RSG) also slid after their NPAT for the half year was unchanged from the last corresponding period.

The total number of dwellings approved in Australia fell by 3.2 per cent in July 2019 in trend terms, according to data released by the Australian Bureau of Statistics (ABS) today. The seasonally adjusted estimate for total dwellings approved fell 9.7% in July.

Citi issued a research report on Woolworths (ASX:WOW) highlighting their solid FY19 result with continuing EBIT of $2.7 billion, 1 per cent to 2 per cent ahead of Bloomberg consensus, with headline growth of 5 per cent, after adjusting for the 53rd week. Citi says, after backing one-off items, WOW’s underlying FY19 EBIT growth was 2.8 per cent. Shares in Woolworths (ASX:WOW) are 1.7 per cent higher at $37.

Recce Pharmaceuticals (ASX:RCE) have received a successful grant application, to establish a National Anti-Microbial Resistant Research Hub in Sydney to combat antimicrobial resistance. They are 1 of 5 Industrial Partners in collaboration with 16 University and Public Health Organisations. The Australian Research Council (ARC) has awarded almost $5 million to the Hub. Shares in Recce Pharmaceuticals (ASX:RCE) are 4.6 per cent higher at $0.23.

Splitit (ASX:SPT) shares jumped about 27 per cent today, despite reporting its net loss sank deeper into the red, in the half year to 30 June, falling from a loss of US$1.2 million to US$3.8 million. The buy now pay later (BNPL) company uses shoppers credit cards and approved limits, different to the other BNPL fintech companies, Zip (ASX:Z1P) and Afterpay (ASX:APT). The dive into the red comes as it operating expenses mounted, with the company growing its sales and marketing, PR and social media efforts. Its revenue from continuing operations skyrocketed 193 per cent on a rise in merchant fees. Shares in Splitit (ASX:SPT) are trading 27.5 per cent higher at $0.51 at noon.

MRI-guided cardiac catheter company, Imricor Medical Systems, Inc. (ASX:IMR) started trading today. It issued shares at $0.83 and started trading on the ASX at $1.30 and is currently trading at $1.35.

The best performing stock in the S&P/ASX 200 is Austal (ASX:ASB), rising 9.5 per cent to $4.04, followed by shares in Ausdrill (ASX:ASL) and Speedcast International (ASX:SDA).

The worst performing stock in the S&P/ASX 200 is Regis Resources (ASX:RRL), dropping 3.9 per cent to $5.07, followed by shares in Resolute Mining (ASX:RSG) and Northern Star Resources (ASX:NST).

Japan’s Nikkei has added/ 1 per cent, Hong Kong’s Hang Seng has gained 0.7 per cent and the Shanghai Composite has added 0.6per cent. 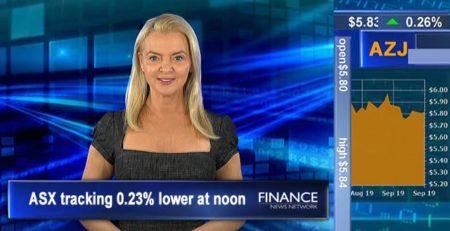 17 Sep 2019 - The ASX fell at the open following soft leads from Wall Street and is now tracking 0.2% lower at noon. Eclipx Group (ASX:ECX) and shares in the Vocus Group (ASX:VOC) both rose today. Ramsay Healthcare (ASX:RHC) and Corporate Travel Management (ASX:CTD) saw declines. Aurizon (ASX:AZJ) has started proceedings regarding the sale of the Australian assets of Genesee & Wyoming. 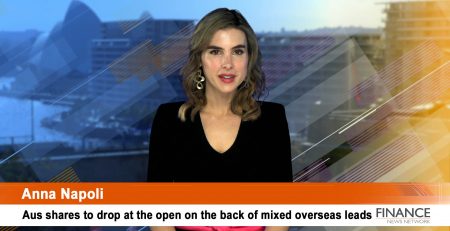 Aus shares to drop at the open on the back of mixed overseas leads: reporting season ramps up

17 Aug 2020 - Australian shares are set to drop at the open, taking direction from losses in Europe and lacklustre trading in the US. Wall Street was mixed retail sales in July fell short of forecasts, production met expectations. Shares in chip maker Applied Materials rose 3.9 per cent after it forecast fourth-quarter revenue above analyst estimates. Investors are also concerned over stalled coronavirus stimulus negotiations and simmering US-China tensions. 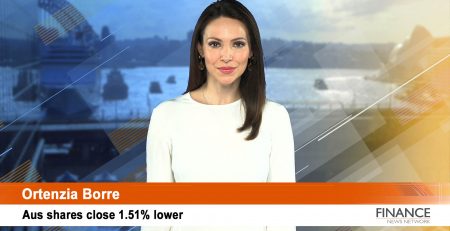 29 Jun 2020 - The Australian share closed 1.5 per cent down at the end of trade, with all sectors in the red. Regional Express Group’s (ASX:REX) board has approved plans for domestic operations and the airline will launch an initiative to raise a minimum of $30 Million. 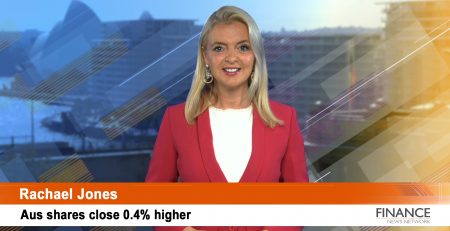 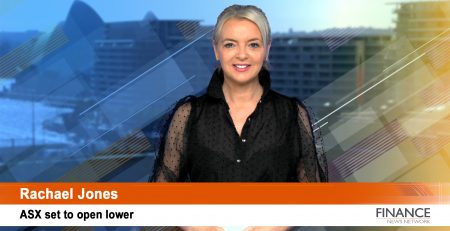 18 Feb 2021 - Australian shares are poised to open lower this morning despite rising optimism about global vaccinations and economic growth. UK PM Boris Johnson has outlined a staged exit from coronavirus restrictions that would see a return to work for Brits over the next five months. Back home, an Australian parliamentary committee has launched an inquiry into the impact of changes in the investment policies of banks, superannuation funds and other financial institutions. Sonic Healthcare (ASX:SHL) report...

03 Sep 2020 - The Australian share market shot up at the open following strong performance levels on Wall Street, especially record highs on the Nasdaq and S&P 500. Australia has recorded a $4.6 billion trade surplus for July, a drop of $3.5 billion. The big four banks all made gains of up to 2 per cent, as financials closed 1.3 per cent higher to keep the ASX in positive territory. 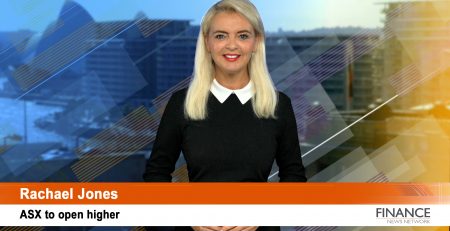 05 Jan 2021 - Following negative leads from US markets, the Australian share market looks set to open lower this morning. Wall Street was pushed down due to concern over today’s elections for two Senate seats in Georgia, the outcome will determine whether Joe Biden can move forward with a progressive agenda. IKE (ASX:IKE) has signed an agreement to acquire certain assets of Visual Globe’s AI platform. 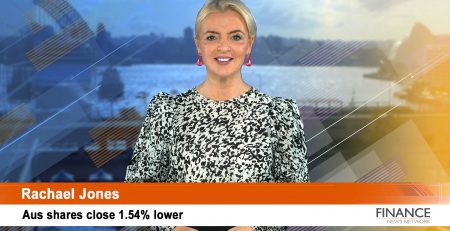 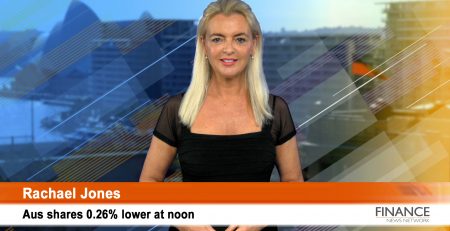 13 Jan 2021 - The ASX opened lower this morning. The S&P/ASX 200 Index is 18 points down or 0.3% lower at 6,662. Futures are pointing to a fall of 18 points. Share in Premier Investments (ASX:PMV) hit an all-time high after reporting that they expect a significant uplift in first half profit. 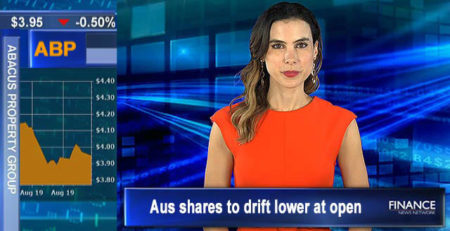 03 Sep 2019 - The Australian sharemarket looks set to open lower this morning ahead of the Reserve Bank's interest rate decision. US markets were closed on Monday for the Labor day holiday. Abacus Property Group (ASX:ABP) has exchanged contracts for the acquisition of five self storage properties for $57 million with settlement expected by the end of the year.