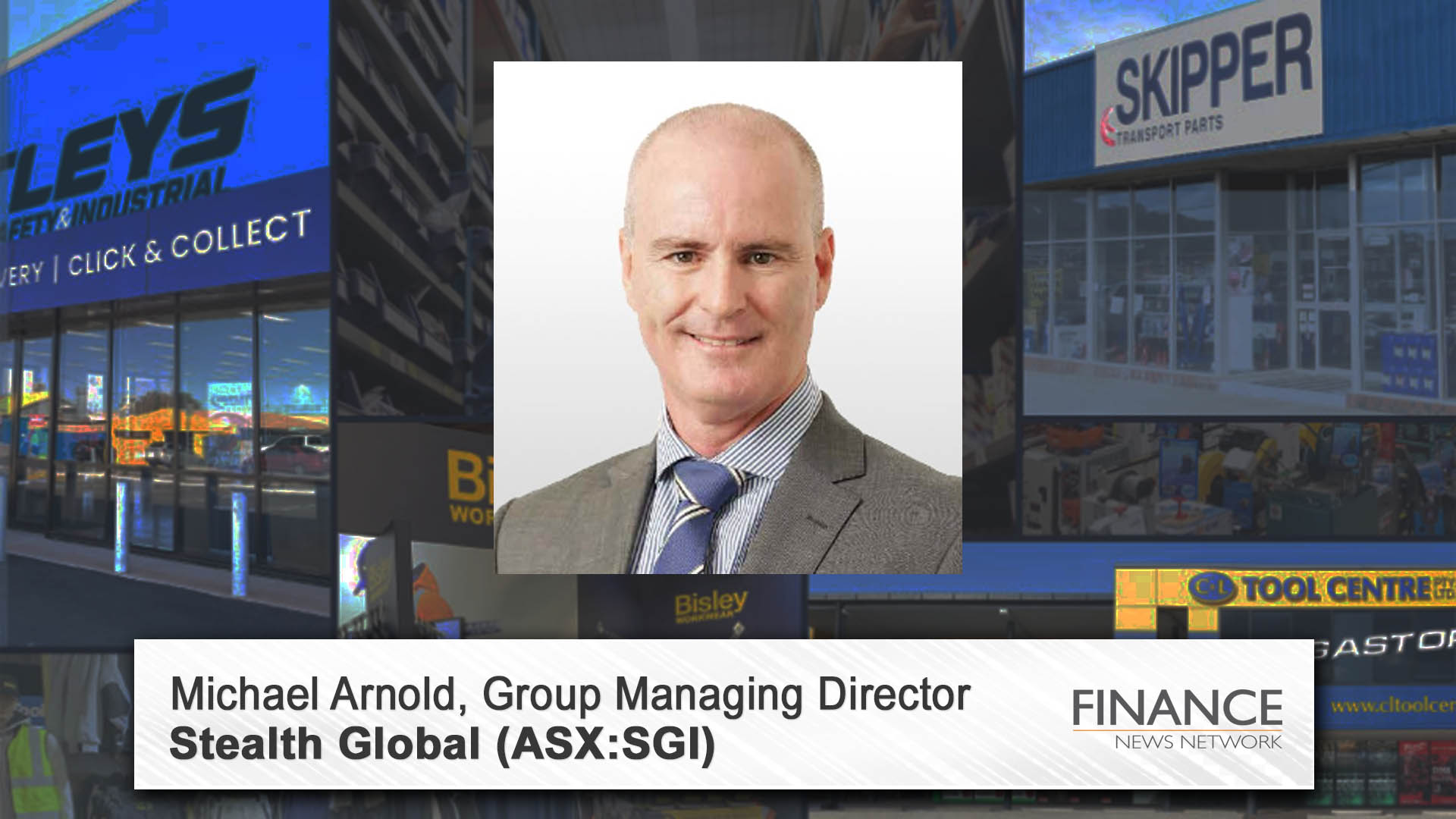 Tim McGowen: We're talking with Mike Arnold today, who is both the CEO and Managing Director of Stealth Global (ASX:SGI), market cap of $10 million. Now, Mike, you recently announced your trading update for the nine months to 31 March 2022. What were the highlights?

Mike Arnold: 40 per cent on last year in terms of quarter three and delivered 26 million, so we're on a run rate now annualised to $100 million, which we've been talking about for a little time now. For the nine months of the year FY22 versus the same period in FY21, we're up 49 per cent. We've delivered about $70 million. We're fairly consistent with our messaging over recent months, and that's been supported by acquisitions as well as organic growth.

Tim McGowen: So, Mike, what is the potential top line organic growth rate? What's that look like excluding acquisitions at the moment?

Mike Arnold: We've said that we'll grow by 25 per cent on last year, and we expect to continue on that pathway over the next couple of years. And that's supported by five different operating brands that we have in a number of different markets. And the opportunities from that come from cross-selling as well as growth within the existing customer pipeline that we've been operating with. And that's also supported by a number of new contracts that we implemented between November and April of this year.

Tim McGowen: What sort of cost inflation are you seeing across the products Stealth Global sells?

Mike Arnold: It does vary, and I don't think we have avoided that, like everybody else, in terms of supply chain disruptions. And the reports out of China around Shanghai being locked down and, obviously, a number of different factories being locked down as well, no doubt will have a roll on effect. But for us, we increased our stock by just over 10 per cent, which is about a million dollars, to make sure that we have continuity of supply. So, we have found that in some categories, four to six weeks have been generally the timeline of delays and that's why we've increased our stock levels. So, the key to our business is making sure we've got the right stock in the right location. And I guess the second one is wages. And I think that's quite well reported. And we incentivised our employees. We've had a really low turnover of staff in the last six months. So, we think that what we are doing both from a cultural point of view and from an incentive point of view is driving our business forward from having really good engagement by our staff.

Tim McGowen: Mike, you've made a number of acquisitions and have experienced strong growth across the platform. What are some of the key risks potentially that worry you at the moment?

Mike Arnold: Well, probably from an operation point of view, what happens in China in terms of the supply chain. Does that get slowed down? The cost of freight is obviously a key element of that, as well as import costs of manufacturing. The situation that's happening in Europe with Ukraine, that obviously allows bigger economic impacts. But they're outside our control. The things that we can control very much are around ensuring that our service delivery with our customers is really strong. And making sure that how we engage with customers is better aligned. And bringing those integration elements in play as well as the synergies. There's quite a significant amount of synergies across the five businesses that we operate, of which three are coming to this year. And I think that in itself is really where our uplift will come from as we move forward.

Tim McGowen: Mike, you've made a number of acquisitions recently. What are some of the key synergies that an acquisition can offer Stealth Global?

Mike Arnold: Two elements. Basically, one on the revenue side. We identified that about 3 per cent of all customers we had an overlap of selling our products to. And under review, we've now determined that almost 100 per cent of our customers can buy all our products that we sell across the five lines. So, industrial, safety, truck and automotive, as well as workplace supplies. And what that allows us to do on the revenue side is offer more products to the customers that have traditionally been supportive in those brands. And even into the stores that we operate ourselves, as well as the independent stores, giving them a greater capacity of range to be able to offer to their customers as a one-stop shop. From the cost point of view, clearly there's a number of backend benefits and there is scale. We always knew that when we got to about 100 million in turnover, then scale really comes into form. That's across the supply chain with better buying power. We've become more relevant, but we've really looked at positioning ourselves as a point of difference. And we believe that we've now got that, not only the range we sell, but we've got 66 stores now across Australia. So, we're the largest in terms of company owned and independent stores. And that's very recent. The synergies obviously come into play on a cost side of things to becoming more efficient within our supply chain across those stores.

Tim McGowen: And Mike, achieving scale and extracting synergies is all about growing margins, I assume.

Mike Arnold: In three years we've grown our gross profit margin from 18.5 per cent to around about 30 per cent we're operating now. That absolutely comes from getting efficiency and effectiveness across the board and introducing automation. But also, selecting the right clients where we can obviously drive not only value, but we can obviously improve our own operating margin in that.

Tim McGowen: Can you talk through a recent acquisition to highlight these benefits?

Mike Arnold: Well, look, this is a real case in point. We acquired a business in Albany, Western Australia, United Tools. It was an independently owned store and has been operating in that market for 30 years. We also acquired Skipper Transport Parts back in August of last year, and they have a store in Albany. So, the opportunity now to create a dual brand within one store operation, and whilst we've got specialists for the front end, for customers at the back end, there's a lot of efficiency that we can bring to our cost to serve. Whether that be a lower cost of property by having one property, by having the distribution chain with freight being consolidated onto the same load, all those efficiencies coming into play. But the broader strategy really is this model as a pilot store, that we can create larger stores, dual branding, maybe even triple branding in some cases. And that gives all customers the opportunity to walk into a one-stop shop and have a comprehensive range of product across the board.

Tim McGowen: And looking forward, what does this mean for the bottom line?

Mike Arnold: That acquisition was only 1.4 million revenue and 0.3 in margin, or EBITDA I should say. What that ultimately does now that we've got the scales, we're consolidating, we're acquiring more stores through the independents that we operate with, so that we provide them with an exit strategy. But also, it gives us the ability to have a lower cost to serve. So, our main aim has been and consistently, is that we're going to have a lower cost to serve once we get to this scale of 100 million plus. We've spent the last three years investing in the company, looking to grow our revenue, grow our platform. And as we mentioned, getting the right level of scale. So, we believe that our target of 8 per cent EBITDA by 2025 is very achievable. And the last 12 months and probably even two or three years, we've always had these abnormal costs because we continue to acquire. Well, next year, we should have a free run. We'll have a full year contribution of skippers. We'll have a full year contribution of United Tools. And obviously, the ability to be able to then drive the efficiencies out of that should be dropping to the bottom line.

Tim McGowen: Mike Arnold, thanks for your time. 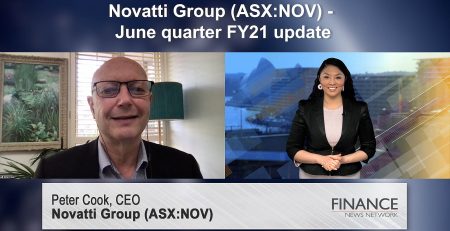 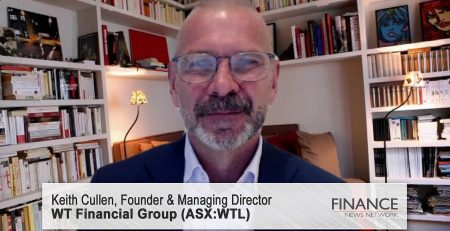 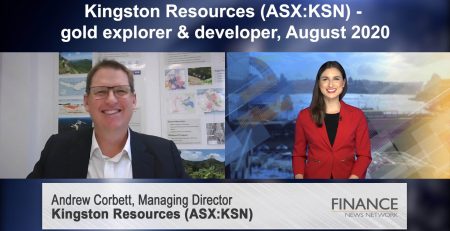 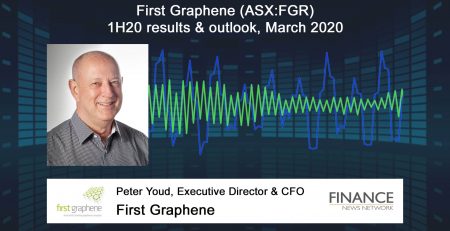 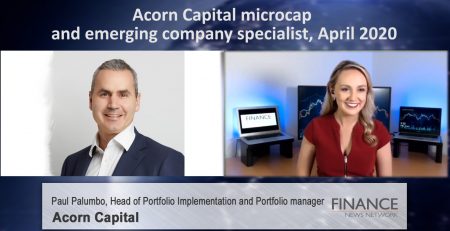 01 May 2020 - Acorn Capital, Head of Portfolio Implementation and Portfolio manager (Healthcare and Biotechnology sectors) Paul Palumbo looks the microcap sector and the recent market sell off and discusses the outlook for next 6 months and longer term. 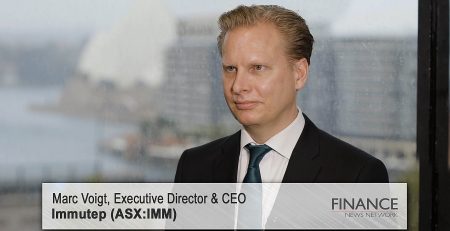 11 Mar 2020 - Immutep Limited (ASX:IMM) CEO, Marc Voigt provides an update on the company's 1H20 results, including data from its clinical trials, collaborations with major pharma and outlook for the second half. 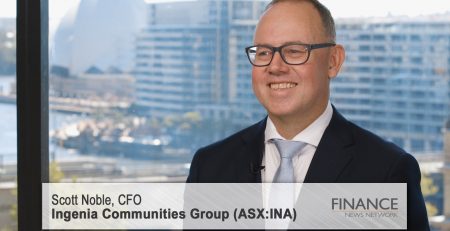 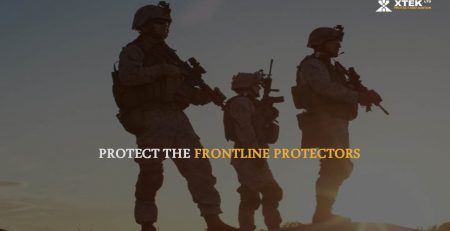 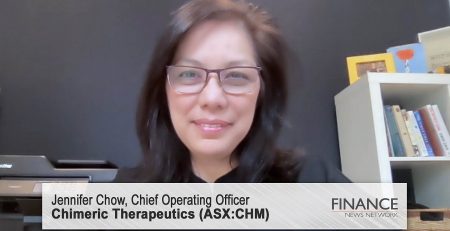 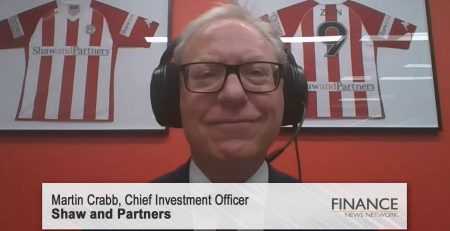